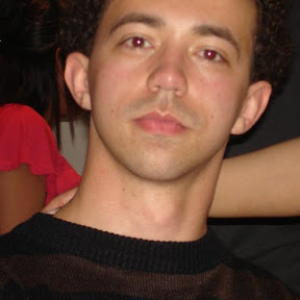 We’re big fans of the Oral B Triumph 5000, however we’ve noticed that the Oral B Triumph 4000 electric toothbrush is also a massive best seller. Offering some of the features of the 5000 at a bargain price point, we decided it was well worth a look. So how does the 4000 stack up against it’s big brother? Let’s take a detailed look.

Along with the 5000, this is one of the only brushes to actually have been officially approved (with a Gold seal of approval) by the British Dental Association. This can only be a good thing; there’s a huge amount of electric toothbrushes on the market, but it’s nice to know that you can buy a brush which has actually been approved by independent dental experts. It peace of mind that you really are getting the best possible clean from your brush.

The 4000 has a built in timer and display, which shows the user how much brushing time remains. This helps to ensure that you brush for the dentist-recommended 2 minutes, and can also be very handy in ensuring youngsters keep up good teeth cleaning habits daily. This alert system also tells you when to change to a new quadrant of the mouth, and incorporates a pressure sensor to warn you when you are applying too much pressure (to help ensure you do not damage your gums). As well as an onscreen display, audio alerts are also provided for all of these.

Oral B claim that the brush has been clinically proven to remove twice as much plaque as a manual brush, using it’s 3D technology, which pulses, rotates and oscillates simultaneously up to 40,000 times per minute.

The brush has 4 different cleaning modes, comes with 3 different types of brush head for different purposes, and a travel case. With up to 10 days brushing on a single charge, it should meet most traveling needs without the need for packing a charger.

The 4000 has been on the market for quite a long time now, and Braun have recently seen fit to update it and bring it bang up to date. But what are the main differences between new and old versions?

First of all, the handset has been given a new modern look, but it’s not all about aesthetics. The handle has also been slimmed down to size, making it more ergonomic, andeasier to hold, grip and use.

Secondly, the pressure sensor feature of the brush has been vastly improved. Brushing too hard is actually one of the most damaging things you can do to your teeth and gums. The 4000 now warns you in 3 different ways when you are brushing too hard. First, you’ll receive a visual warning from the red warning light on the brush handle. Next, you’ll receive an auditory warning, as the sound of the brush changes. Finally, if you continue to brush too hard, the 4000 will actually switch itself to sensitive mode so that you avoid hurting your teeth or gums.

Simply put, the overwhelming majority of customers seem to be very happy with their toothbrush. Over 95% of reviews were excellent, and rated this electric toothbrush 4 or 5 stars.

Almost all of the reviews that we examined specifically mentioned how clean the teeth felt after using the brush. Many customers remarked that their teeth felt like they’d just visited the dentist every time they used the brush. One reviewer even indicated that he was only using regular toothpaste, but still got the same feeling as though his teeth had recently been polished by the dentist. Overall, customers had nothing but positive things to say about the quality of the clean that the 4000 provided.

Several other people remarked that they were happy to find that the toothbrush is compatible with Oral-B toothbrush heads across the range – good to know if you’ve got a stash of heads waiting to be used (you can still make use of them with your new toothbrush).

Another common observation, that we noticed mentioned in several reviews, was that the toothbrush is very well constructed, feeling very solid and robust. The toothbrush is clearly designed to withstand twice daily use year-in-year-out. One point to bear in mind, though, is that because the brush is solid in construction, it is quite heavy and therefore might not be suitable for very young children. However, an elderly lady suffering with arthritis said that because only very gentle pressure needs to be applied when using the brush, that the weight wasn’t a problem for her. Still, if you prefer a lighter brush, this would be good to bear in mind.

There weren’t many negative remarks about the 4000. One of the only ones that we found was that the 2 minute timer can’t be switched off. However, the toothbrush simply carries on going past the 2 minutes, and the majority of reviewers did mention that they found the timer useful.

All-in-all, the customer satisfaction level for this toothbrush was very impressive. Given the range of features, the impressive customer reviews, and the lack of negative comments, we highly recommend this brush. That said, as the Triumph 5000 is only £15 more expensive, you might want to spend that little extra and get hold of one of the most advanced toothbrushes on the market. If you don’t want the more advanced features of the Triumph 5000, or you’d simply like to save a little bit of money we’re sure that you’ll find that the Oral B Triumph 4000 electric toothbrush will give you one of the best electric toothbrush experiences to be found. Combined with a good flossing regime, or a Sonicare Airfloss your teeth will never have been cleaner. 4 stars.